We are at the time of year when many roasters are thinking: what’s next? We’re talking about fresh greens, of course. We’ll try to give you an overview of our current and upcoming purchasing so you can plan the next 6 months or more. There are lots of fresh crop goodies on the way from Burundi, Rwanda, Tanzania, Colombia and Brazil. And if all goes well we’ll launch a new origin, Indonesia.

Of the earlier purchases from current crop we still have a good selection of great tasting Ethiopians, some solid El Salvadors both in medium and micro volumes (that are still performing well) as well as small amounts of Kenya, Costa Rica and Colombia. Fore value for money you should check out our special offer section in our offer list.

Burundi and Rwanda have a relatively small crop this year, but flavor-wise it’s better than last year. Our favorite Burundian producer Salum was really putting in a lot of effort this year. The coffees have probably never tasted better, and the first container of Burundi have just arrived. And the next container is about to land. This means that we will have good amounts of several small to medium sized lots available from Buziraguhindwa and Mbirizi washing stations in the weeks to come.

Rwandans should have been in stock too, but NAEB, which is the governmental organization monitoring all shipments, have changed their system… :O Related to that it’s been a backlog on documentation and approval of shipments. Still, the coffees are on the move now and we have different coffees from Mahembe, Gatare, Nyaruziza, Shade dried, Pea berries etc available soon. First ones should arrive early November. There is plenty of stuff to choose from, and we should have good amounts of PSS samples to present in short.

We started last year with some really nice Tanzanians. This year we are increasing our selection, and the coffees from the new sites are so far tasting above our expectations, with good amounts of fruits, florals, and are generally complex and delicate. All our coffees are from relatively small CPUs (washing stations) in the south of Tanzania. Producing quality on this level is a new thing for many of them, and we definitely see tons of potential for the future. These farmers definitely need the support, and we hope you’ll have room for them and see the potential too. This year as last year we’ll have ”Ilomba” as well as the newbee ”Lyela”. Both CPU’s presented by different lots and grades. They are mainly harvested July/August and should be shipped by end October. PSS samples hopefully available in 3-4 weeks.

As always his time of year we have a good range of Colombians on the way. We planned to buy earlier, but there was a transport strike in Colombia all summer and impossible to get things out. We cancelled our purchases from this spring as the coffees would have gotten old. But we were back there end of August and have coffees from that trip on the way now. They should arrive the next 3-6 weeks. Colombia has also struggled with the climate, meaning it has been dry, and there is a general lack of coffees. We can’t really find as much as we want of the really good ones, but what we have bought is totally up to standard, and some even more flavor intense than before. The two shipments soon to arrive will have coffees from both Huila, Tolima and Nariño. Mainly micro lots from single producers, but a few medium sized once. We will also go down there at the end of November/December to buy more coffees that will hopefully land in Europe end January. Joanne just spent two weeks in Brazil, and even if it’s relatively early she came home with a good stack of samples to be approved for shipment. There is both very interesting micro lots from Minas and Bahia, as well as some bigger chunks of very nice coffees at affordable prices. Still trace-able with a way beyond ”average-good-brazil” flavors to it. Should be very suitable for an improved espresso etc. Some naturals and some pulped naturals. If all goes well we should have the first ones in early December. We might also continue to buy the next month or two as a lot of producers are still sitting on parchment that will be presented to the market soon. This is a new origin we have started to explore. Morten was just there to check out some projects with a lot of potential. We are not too much interested in the traditional ”wet hulled” Indonesian coffees. Even if they can have great complex flavors they tend to be a little rugged and earthy. We are now exploring producers doing fully washed and improved drying. Not too many are doing it at this point, but there is a few. And we believe there will be more in the next few years. We were in Java, at good altitudes, with producers willing to make a change. We have also seen good coffees in Sumatra and Sulawesi. They are harvesting at different times. Java is just finished and other regions are starting. We are waiting for confirmation samples after the trip. If all goes well, we will try to buy some limited volumes in the next month. If anything we hope to get them in before Christmas. Last summer I went back to Uganda, following up on a project we started in 2018. While there I visited the West Region and launched some new projects. These initiatives in Uganda have yielded some Read more… 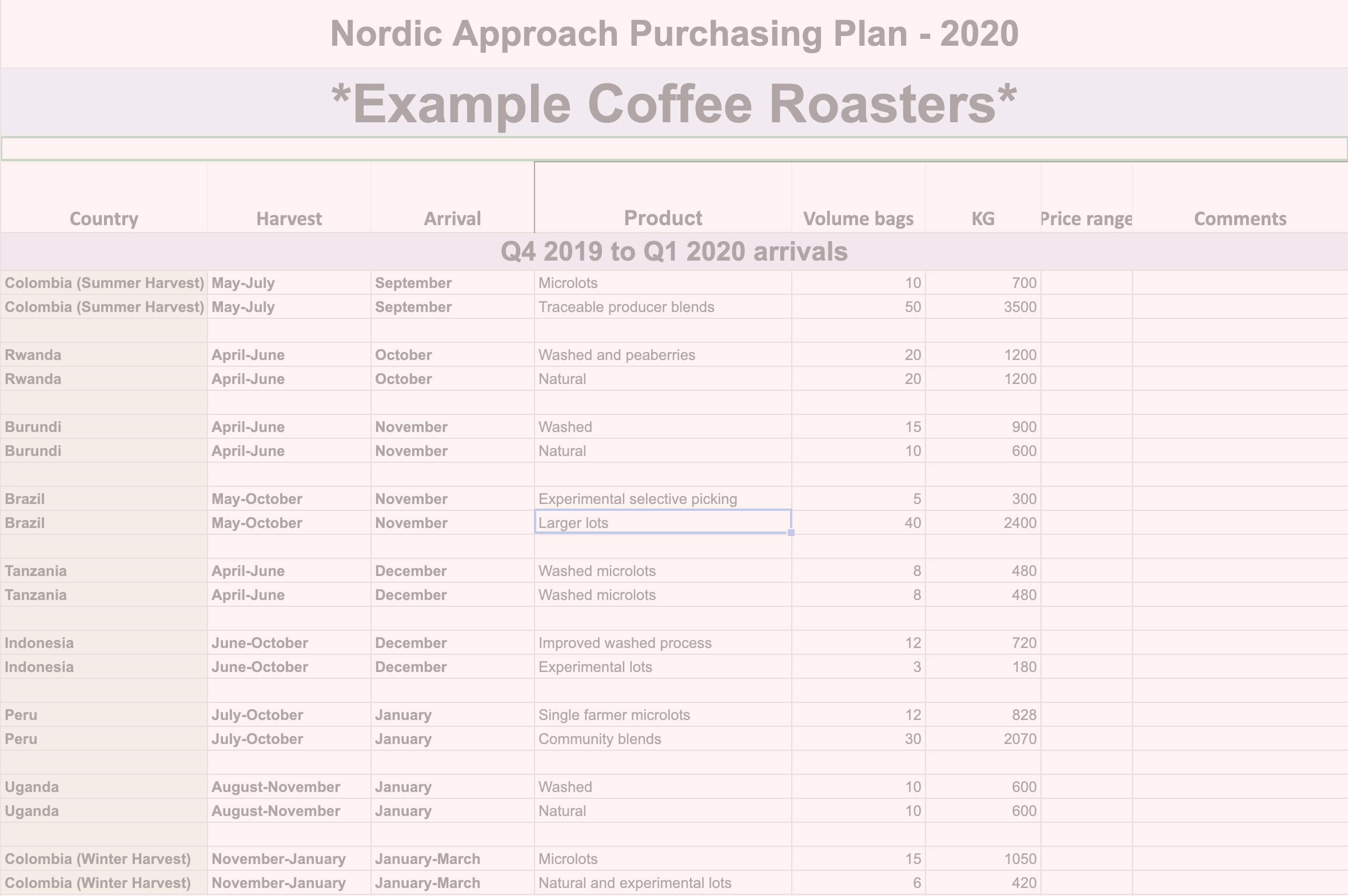 How to plan your menu

For new roasteries, one of the toughest questions, after “which roaster should I buy?” is “what should go on my menu?”  The answer will be different for everybody, depending on your customers, your location, and Read more… 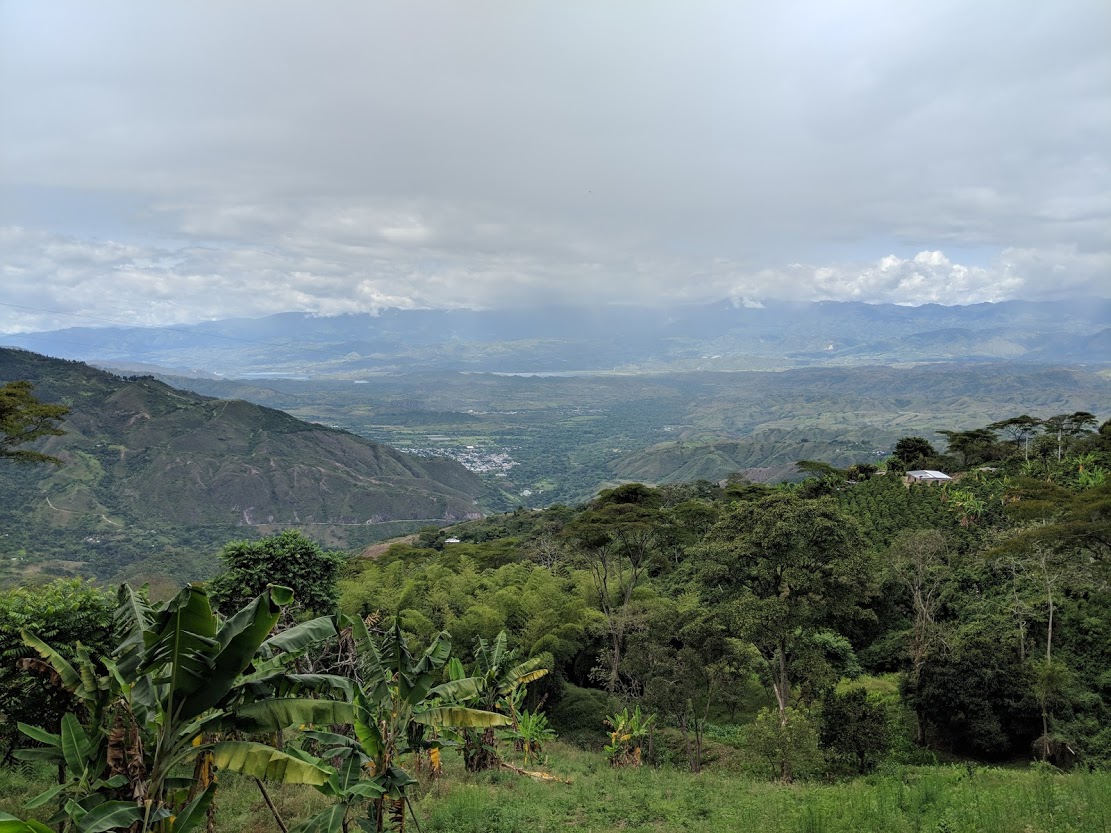 In summer of 2018 I first visited producers that have been part of long-standing Nordic Approach quality-based premium programs – some for nearly a decade. The premium program Morten built years ago still benefits a Read more…