What’s the thing with Huila? Why are we and so many roasters almost addicted to those coffees? Well, I think it’s first of all the combination of tons of fruit, the sweetness, richness and the complexity you can find in many of the great coffees there. But there is also a wide flavor spectrum! There are bright citrus like profiles as well as funky and jammy coffees tasting towards honeys and naturals. In other words, a wide range of attractive profiles. They can be used for filter as well as espresso, and even if they are flavor intense they are also balanced and accepted across different customer segments. Another advantage is that there is coffee harvest and production a big part of the year and we get fresh coffees almost all year around. The weird thing with Huila is that it seems to have ideal growing conditions for coffee, it’s fertile with a lot of rainfall and general humidity, but at the same time these conditions makes the processing and drying very challenging compared to most other places in the world famous for coffee quality. But maybe this is exactly what makes it so unique, you just have to get it right.

When I started in coffee in 2003 I got introduced to the “Specialty” single origin coffees from Colombia. I didn’t really get all the fuzz about it as I found many of them nutty, woody and slight rough. I later found out that most of these coffees was the regular Supremos and Excelsos, regional blends at the best. Meaning the coffees was harvested over a longer period of time and sold at high moisture levels.

I attended the Cup of Excellence in Colombia in 2005, and just got blown away by the coffees we cupped. Many of the best ones was from Huila. I also got introduced to people in the industry that I am still working with today. After that I did my first visit to Huila and that was definitely an eye opener. I quickly found out that there is amazing producers and coffees there, but almost everything got blended in to general commercially traded coffees. And there was hardly any Cooperatives or Exporters that had systems to keep the coffees separated by producers and lots. And there was a general lack of traceability and quality protocols throughout the supply chain. 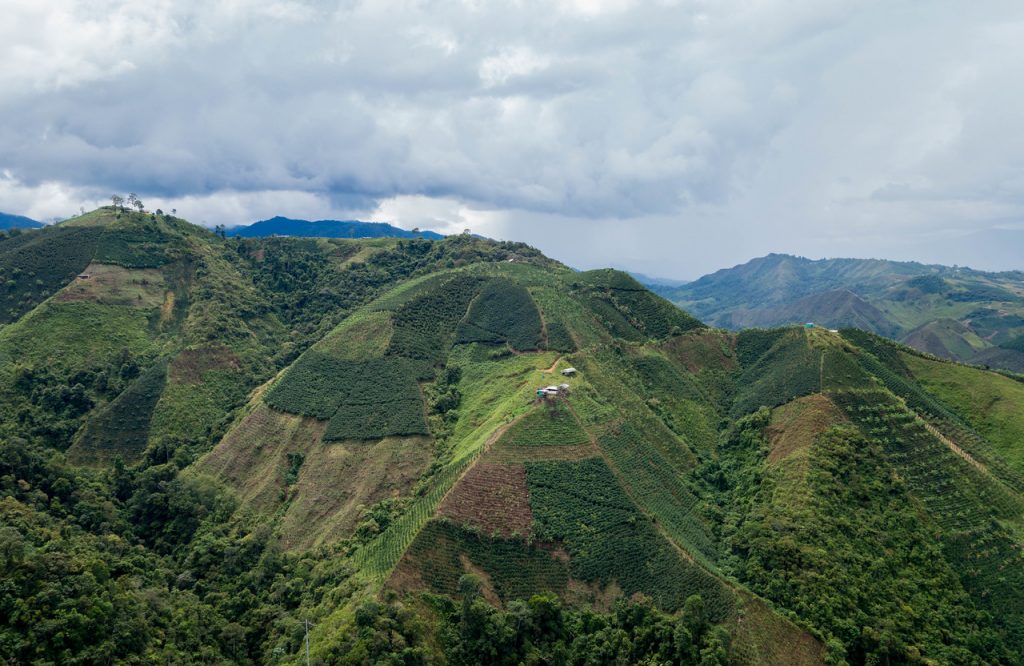 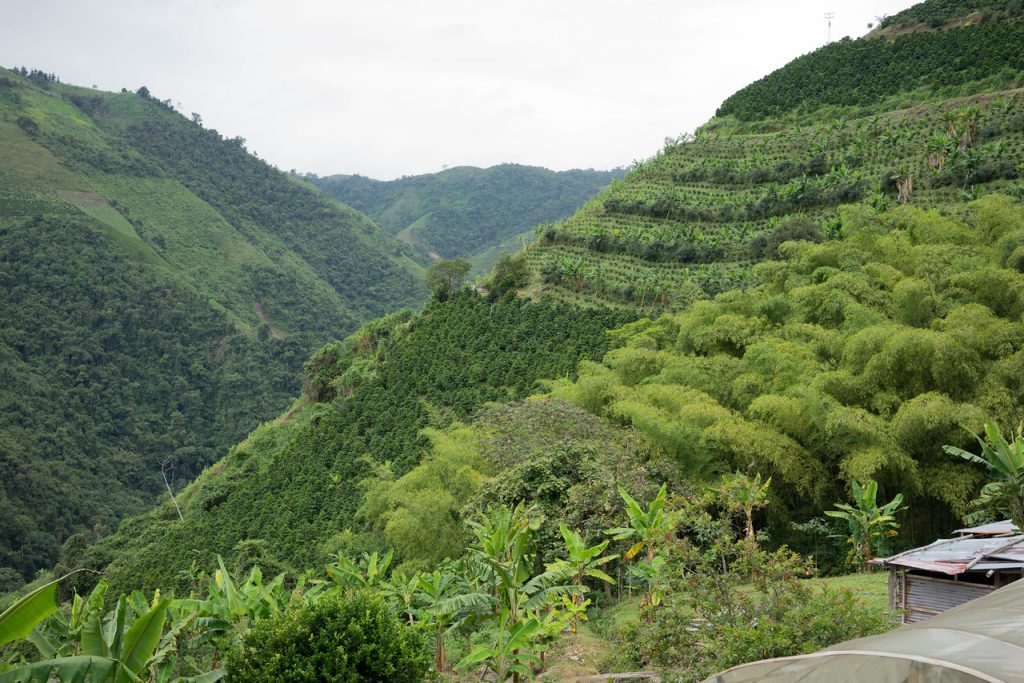 Huila is the region in Colombia with the biggest production. It’s all about smaller farms, normally from 1 – 3 hectares. Altitudes often goes up towards 2000 masl. The farms all have their small micro beneficio to pulp, ferment and wash their coffees, and they will normally dry their coffees in parabolic dryers, often constructed on the rooftops of their houses, to protect the coffee from rain. Our producers often have a mix of the varieties Caturra, Castillo and Variedad Colombia. Many of them keep them separated in production when there is enough volumes to do so. Depending on the location they generally have two harvesting periods, one main crop and one intermediate crop, called Mithaka. But often, and specially lately the harvesting periods have been unpredictable. The producers are often organized through larger Cooperatives or smaller producer groups. We are currently carrying a great range of fresh coffees from single producers from different micro regions in Huila. And we are doing some value added and improved producer blends from the projects we work with. For all the coffees we buy there is a premium going back to the producers, also for the producer blends. The blends are lower in price than the micro lots, but the producers still get a fair share. And they cup way better than the general high commercial coffees from Colombia.

The micro lots are named by the producer as many of the farms have similar names and we believe it is important to highlight the person behind the coffee. The Producer blends have names that we are creating based on the project and where its from. Typically our Bruselitos is from the CadefeHuila Cooperative in the Pitalito and Bruselas area, the Magdalena is from producer groups in Tarqui, named after the river that runs through there.

Our focus in Huila includes 4 main concepts. We buy from certain producer groups in Bruselas and Pitalito that are members of the Cadefehuila Cooperative in the South. We have the same concept with Coocentral Cooperative in Central Huila. This includes producers in places like Gigante, Guadalupe, Garzon, Suaza etc. We work with some individual producers around San Augustin, like Sandra Milena Mora and Alfredo Baos. And we have a project in Tarqui with several producer groups through a private exporter. The similarity for all the projects is that we work through cooperatives and exporters that invest in the producers, have traceability and quality control systems as well as are transparent in regards to the producer payments.

Even before the birth of Nordic Approach I started some buying programs for “direct trade” in Huila through the Coocentral Cooperative in cooperation with one of our exporters. The Cooperative gave me the opportunity to come and cup through hundreds of micro lots from different micro regions in central Huila as well as doing extensive producer visits. I realized how much work, effort and pride the producers were putting in to the production. But even if the coffees were cupping well there was a lot of challenges to overcome to actually get a consistent supply of great coffees.

This was related to stuff at the farm level as well as for the supply chain in general. They were struggling with fermentation issues and drying issues at the farms. The climate in general is hot and humid. The Cooperatives and exporters did not have to good storage space for the parchment, they did not use moisture meters and there was limited dry mills around that was managing micro lots and good sorting and grading. And the coffee could be harvested months before our purchase, just sitting in a warehouse absorbing moisture and getting old and woody.

At that time the programs we have today for premiums did not really exist either, so to get the producers to invest in better pickings, more lot selection and proper processing and drying was difficult as they did not get return for the investment in general.

It took us many years to really understand how to work out a good and solid selection of coffees from Huila without taking too much risk. And at times we also struggled to have the Cooperatives and exporters to see the value of different protocols on lot separation, lower moisture levels and better traceability protocols. 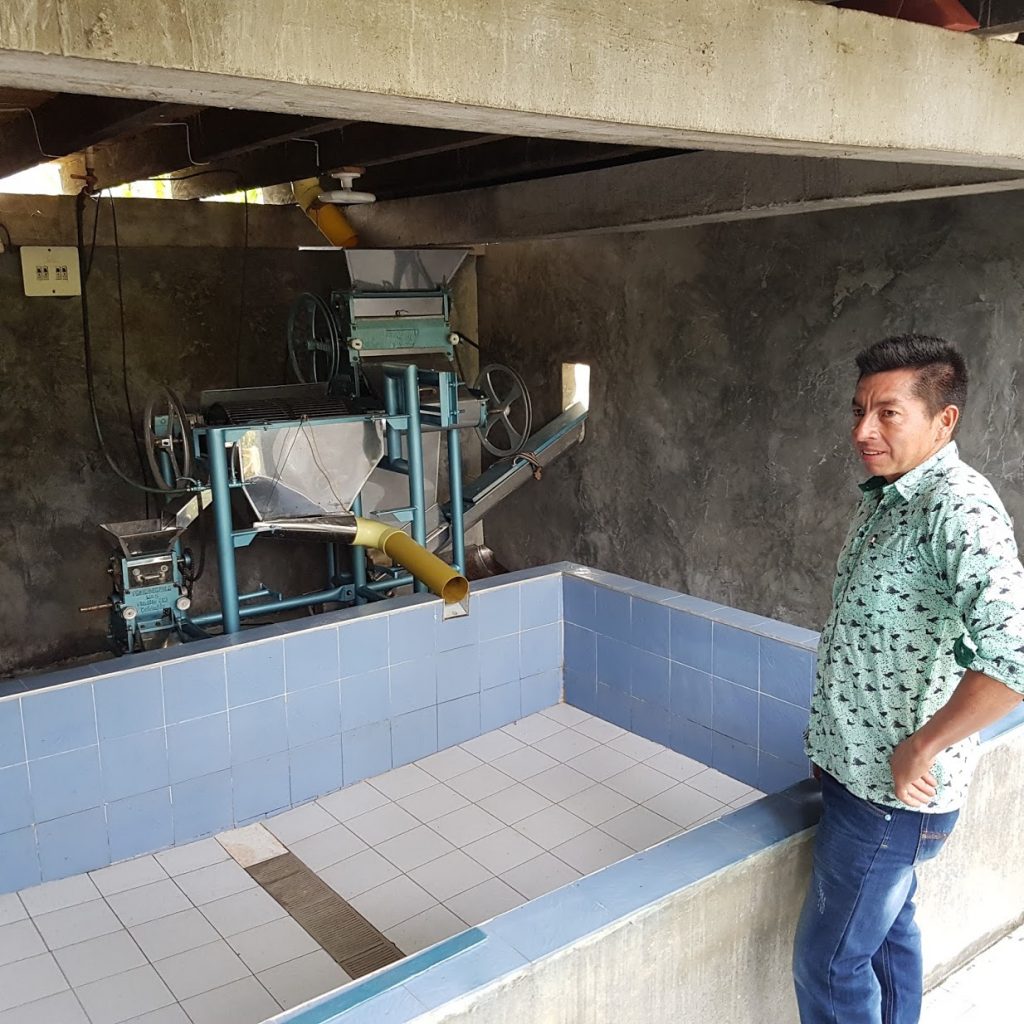 Plinio Paz is a young farmer that are having one of the most organized and tidy set ups I have seen in a while. The farm is named Bellavista and as most other Colombian growers he has a few hectares of coffee, mainly with Caturra. It’s located in the vereda called Carmen in Bruselas close to Pitalito. He’s ambitious and have already invested a lot in the infrastructure with an improved micro mill and very well maintained and ventilated parabolic dryer. 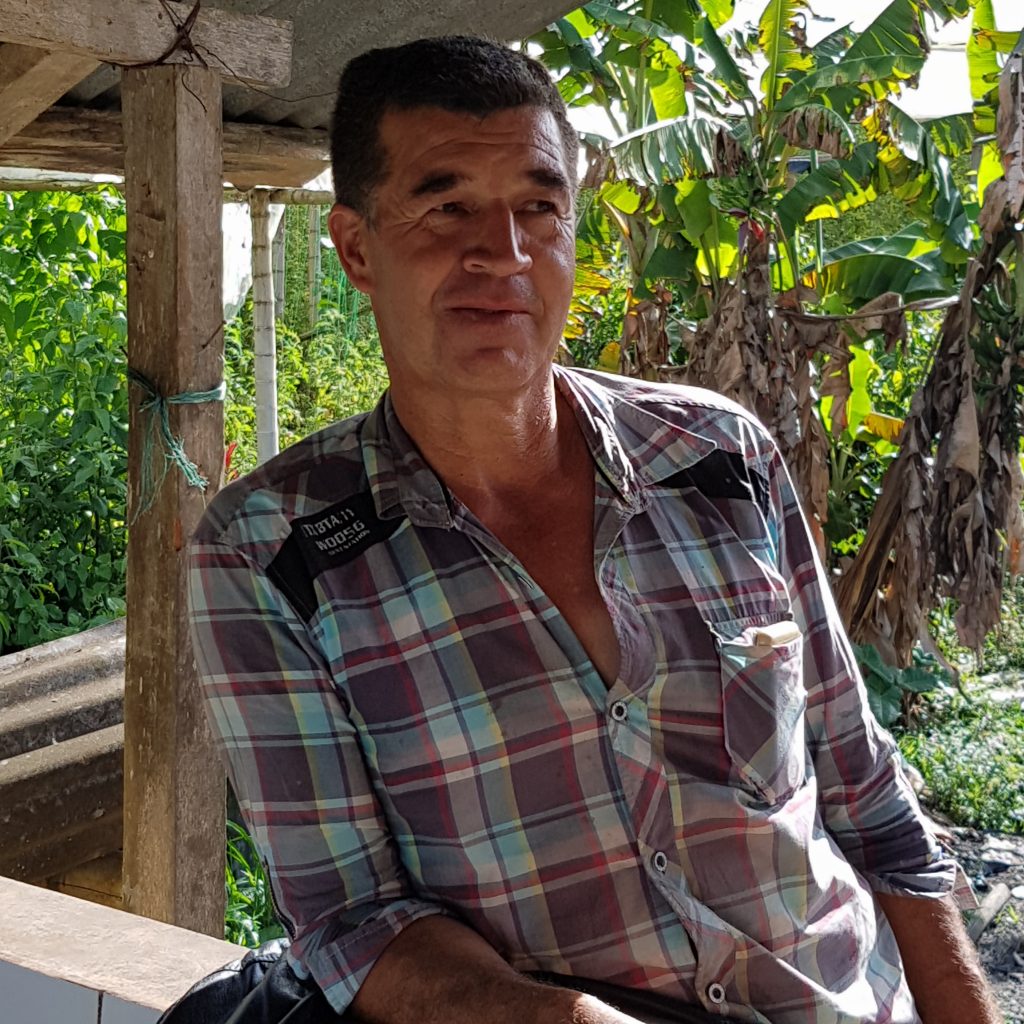 When Aliro Muñoz’ coffee popped up on the cupping table for the first time, in 2016, we just had to jump on it and buy it directly. He has proved he can produce consistent high quality, and we’re looking forward to build this relationship further.

The first initiative we did was with Coocentral where they made a program in cooperation with us on a selected group of producers. About 70 of them. They invested in agronomists and closer follow up on agronomical practices as well as fermentation and drying protocols. We often noticed that coffees were dried very fast in parabolic dryers totally without ventilation. We were promoting good ventilation and slower drying. The general acceptance for humidity was above 12%, and still is for the general qualities. We would ideally like it at 10,5% at the time of parchment purchase as it tends to increase after storage. We started to make our selections based on time of harvest, lower humidity levels as well as started with premium payments based on scoring and consistency. Christian Gullbrandsson showing Rudolfo Pastrana, a farmer in Tarqui, Huila, the finished (packaged and roasted) product that his hard work farming results in

We learned a lot from this project over the years, and this has now become the general standard for every project and supplier we work with in Huila. Even if Huila is one of the most challenging places to work we can with confidence say that we have managed to build a very strong and consistent portfolio of producers and suppliers having world class coffees. We also believe we have contributed to increase the awareness and market value of quality coffees from Huila. We often see that the premiums we have paid over many years contributes to better lives for the farmers as well as better coffees. Meet Elias Roa, coffee farmer and owner of Finca Tamana in Huila, Colombia.Tim Wendelboe has been working with him closely in order to improve the picking and processing. We started working with Elias Roa early 2012 and did our first harvest together in May – July 2012. The farm is located in the mountains near El Pital in Huila where the climate is constantly changing with scattered showers almost every day. The area in general produces a lot of coffees with bright citric acidity, a lot of berry notes and juicy mouthfeel. 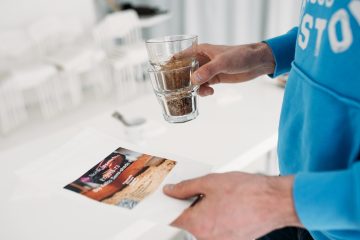