Women we admire in coffee

In honour of International Women’s Day this Sunday, we honour a few of the women we admire in our value chains.

Natalia is the reason we buy coffee from Brazil.

We didn’t source coffee from Brazil until we met her, now we buy all our Brazilian coffees through the specialty programme she established. Natalia is a passionate advocate for smaller farmers in her region, and works to find them a stable market with quality premiums for their coffee.

Coffee was in Natalia’s life since she was born. She says she could tell the coffee price by whether or not she got a Christmas present that year. Her family’s experience of extreme financial instability scarred them, and they advised Natalia against working in coffee. But for Natalia, it was meant to be. She started out as a coffee trader, and in 2012 she was inspired to move into speciality coffee, after a visit from Tim Wendelboe. She travelled around the world and cupped as much as possible, to learn what to look for in Brazil. In 2013 she went to work for the exporter Cafebras, and in 2014 she established the Cafebras branch in Sul de Minas. She has been hunting for outstanding micro-lots ever since.

Natalia loves specialty coffee because “specialty involves people, and we have the chance to help people improve in life.” She also loves to discover new profiles and be astounded by the potential of Brazilian coffee. “We learn so much every day,” she said.

We currently have fresh crop coffees from her farm Jaguara and from her family “Familia Garcia” in both the Belgian and US warehouses. See our Brazil offers list.

Joaquina Montoya is a farmer in Intibuca we have been buying from for three years now. Her farm, Los Pinos, surrounds her house and sits at 1650 masl. She grows Catuai and Ihcafe 90, with the help of her sons.

Joaquina lives on her coffee farm where she manages maintenance activities as well as feeding her family and staff. During harvest, she ensures the process of picking, processing and drying is done properly. Drying is the area where Joaquina has absolute control. She has direct access to solar dryer where she spends long hours preparing coffee with dedication, taking care that the moisture content of the beans is reduced to the optimum 10-11%. Joaquina hires around 20 pickers during the harvest. The coffee is processed at her son’s farm and micro mill where the cherries are pulped in an ecomill, and fermented in tanks for 18 – 22 hours, depending on the weather conditions and temperature. The coffee is dried in solar dryers, for between 20- 25 days.

Joaquina inspires her community through her dedication to her work despite physical limitations caused by a disease. We have one of her lots in our warehouse in Belgium, just 3 x 30 kg vacuum packed boxes: https://hub.cropster.com/store/listings/6823

Want to to visit Joaquina and the other farmers we work with in Intibuca? We are going 1st-2nd of April. Find out more.

Coffee is in Marysabel Caballero’s blood. Her mother was from a coffee producing family, and Marysabel was a child when her parents quit their city jobs and returned to farming coffee. She remembers life on the farm fondly, she loved helping her parents and spending time with her family.

Marysabel married Moises Herrera in 1996 and together they manage their dry mill Xinacla, and about 150 hectares of coffee farms. Marysabel brings a lot of knowledge to the operation, and Moises is the innovator, always asking why things are the way they are and wondering if it can be improved. As Marysabel explains, “I am the tradition, and Moises is the passion.”

We currently have one lot from Marysabel’s farm El Pantanal available at our warehouse in Belgium. This has consistently stood out as one of the farms from Marysabel and Moises plots that produces great tasting coffees. This farm was added to the couple’s group of farms in 1995 and is at 1550 masl.

Want to to visit Marysabel at her farm? We are going March 28-30th.
Find out more.

Tsedenia manages the Kanketi export company in Ethiopia, along with her brother Fikadu. The siblings took over operations of the family business from their parents, who are more-or-less retired.

Tsedenia studied marketing and worked in other sectors before she joined Kanketi full time in 2017. She manages administration and customer relations,while her brother covers production and quality control.

Kanketi used to own several washing stations which produced good commercial grade coffees which they sold through the ECX, Some years ago they decided to sell almost all of their washing stations, retaining just six, mostly located in Yirgacheffe, and in Hambela in Guji. They switched their focus to quality and have invested heavily in coffee processing infrastructure. In addition to the washing stations, Kanketi own an 85 hectare coffee farm in Foge.

Almaz Sahille Horo is a new farmer we’re working with this year. She is 46 years and has 11 children who are all in school. She began coffee farming at a young age, working the land she inherited from her father. Her farms is ten hectares in size and she processes in a small washing station on her own land. Almaz has received an award for being a model farmer in her community.

Almaz recently began exporting coffee directly from her farm, taking advantage of the incentives given to small scale farmers by the government.

Sandra Milena Mora and her husband, Hector Coy, own Finca El Porvenir located in Palestina Huila. They also own a general store in the town.

In 2007 the couple invested their savings and purchased nine hectares of land, about four kilometers from the town. Their farm ranges from 1,550 to 1,700 masl and is divided into a five hectare lot planted with coffee, 3 hectares dedicated to forest reserve, plus their home. Sandra believes strongly in protecting the environment, and has also invested in bees on her farm. They help with pollination and she also sells the honey at her store.

The farm they purchased was planted with Caturra and in 2013 a severe leaf rust attack almost destroyed all their coffee plants. Because they are against the use of herbicides they became early adopters in Huila of the variety Tabi, a rust resistant plant which is a Typica, Bourbon, and Timor hybrid.

Madremonte is a blend of coffee from women producers from Huila, Colombia, all of whom we admire for what they have achieved.

The Madremonte blend is a coffee from the Café Mujeres Cafeteras smallholder project we are supporting, managed by the Coocentral cooperative. The project aims to improve the quality of the coffee and livelihoods of the women producers. Coocentral offers technical assistance, follow-up and training to 429 women who learn best practices in cultivation and processing methods in order to produce quality coffee with differentiated cup profiles.

Through this project the women have:

Madremonte, also known as Mother Mountain or Mother of the Forest, is a spirit/deity found in Colombian mythology. She is the protector of the forest and all natural life, and an enforcer of the laws of nature. She is also known to scare cow thieves, slackers and killers of innocent animals.

Madremonte will be available from both our Belgian and US warehouses. 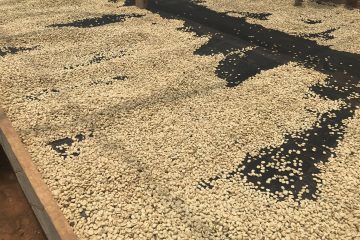 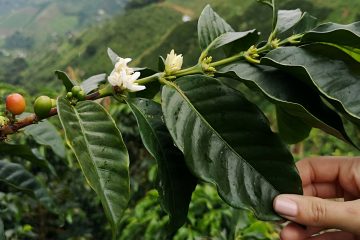