We’ve been working with one producer for all our Burundi coffees for years now. Salum Ramadhan is our partner here. The contact with him and his team has paid off over the years turning into a mutual beneficial relationship based on trust and commitment. Both to his coffee and his community.

Farmers are typically smallholders with around 1 hectare of farmland. Farmers deliver cherry to washing stations/exporters who process and dry the coffee, dry mill and export green coffee.

Burundi is a country with a turbulent history. The country has endured almost constant instability since its independence in 1962. There have been two civil wars, a number of coups and genocides that have led the country to be largely underdeveloped and one of the poorest in the world. The country is predominantly rural, with just 13% of the population living in urban areas, this makes agriculture an important means of income for most of the population. Some 90% of the existing agriculture is subsistence farming, as an indication of the kind of farming you will experience in Burundi.

In 2008 the Government exited the coffee industry in favour of establishing two regulatory organizations, The Regulatory Authority of the Coffee Sector (ARFIC) and Intercafe Burundi. The idea behind this was that the private sector’s involvement would generate a more competitive and sustainable industry. With ARFIC as the regulatory and supervisory body and Intercafe Burundi as responsible for operational activities of the industry. Coffee production in Burundi is predominantly managed by Cooperative societies or privately owned washing stations. The majority of the production is washed Bourbon variety’s, with some small amounts of Naturals being processed. Coffee in Burundi is generally grown between 1,250 to 2,000 masl.

Typically in Burundi farmers are growing coffee along with other food produce that they consume within their homes and sell on a small scale in the local market. Farmers here are primarily subsistence farmers, and coffee is a crop that gives a relatively secure access to cash. Farmers will describe the size of their farm or production usually by number of trees, commonly farmers would have between 250 to 300 trees. Maintaining and growing coffee trees is work done by the family.

We are currently buying from four washing stations in the North West of Burundi based across three Provinces, Cibitoke, Kayanza and Ngozi. The harvest season here is running from April to August. The washing stations we are buying from are processing coffee from the farmers in the communities surrounding them, they are owned by Salum. We have been working with Salum since 2012, in partnership with him we have made efforts to improve the longevity, and reduce the instances of the potato defect in the coffees we are buying from Burundi.

Our buying in Burundi is done in partnership with Salum. The volumes we are currently buying mean that it has been better to be invested with one supplier and be able to build something substantial in that relationship. We have a great dialogue with Salum about the kind of profiles we are looking for, for our market. We have worked with him on shade dried coffees, as this is something we have found to be valuable. Salum has great emphases on cherry selection in the cherry buying programmes at his four washing stations, as he is well aware of the importance of this in producing great coffees. He is also working with the farmers in the communities where his washing stations are located.

Our buying program in Burundi has remained relatively straightforward due to the instability in the country and the additional risks this creates in developing and investing in opportunities. We are partnering with one supplier, Salum. He currently owns four washing stations and is in the process of finishing his own dry mill.

Salum’s first business has been in trucking, but he has had an interest in coffee and a desire to build a business in this industry. Nevertheless his trucking background has proven very useful as he is transporting the coffee to the Port and so following the coffee all the way until it is shipped. He has a very dedicated attitude towards the production of coffee. He is offering almost double the Government set price per kg of cherry where farmers are willing to selectively pick only ripe cherry. He has also included the removal of floaters in his pre-screening of the cherry being processed at his washing stations, and built covered drying beds so that parchment can be dried entirely under shade.

Coffee production in Burundi has suffered much from the many conflicts that have taken place within the country. These conflicts have often forced people to abandon their homes, and their crops. Salum has remained a constant and reliable partner in this.

There is a common defect in the coffees from the Great Lakes region that are referred to as the “Potato Taste Defect” (PTD). Our take on this is that there is never a guarantee against any PTD in Rwandan coffees. Not even in the best ones. But they should be very rare. And the coffees are so good, and well priced compared to performance, so if people are aware of what it is it should be manageable. It is also about the knowledge and background for the defect and how it is communicated. It should never be too much of it in our coffees either way. It’s hard and even sometimes impossible to sort out the defected greens after it is processed and dry milled as you can’t really see it. When a coffee are defected it creates a strong taste of raw potato and vegetable flavors. Even if it comes from one bean only it can be present in the entire cup or brew of a coffee. That said, we have limited amounts in comparison to the average Rwandan coffees. All our producers do what they can in the supply chain to minimize the frequency. It will in most cases show up now and then in one cup, but generally never throughout a bag or a lot. It is mainly caused by a small bug called Antestia that feeds on the cherry, and leaves some bacteria that create a metabolic reaction. There is a lot of research going on these days across different organizations and universities. The farmers can reduce the risk by using pesticides, and do very thorough sorting and separation throughout the supply chain. But there is never a guarantee against any affected beans.

Burundi is growing almost entirely Bourbon cultivars, and most of the production is Arabica with some small amounts of Robusta also being grown.

The season in Burundi typically runs from late March to August, we are mostly finding coffees from the April to July pickings. The cherry is picked in passes, where farmers have a good awareness they can be picking only ripe cherry but in many cases what is picked is then sorted after picking. The scale of the farms is very small, and the cherry picking will be done by the household. As they will also be subsistence farming at the same time. There will be some hundreds of farmers, farming in this way and delivering to the washing stations we are buying from.

The coffees are generally hand sorted from over-and under ripe cherries after they have been harvested. Salum is using a flotation system to remove bad and deceased cherries. After this they will be de-pulped, dry fermented, washed in channels and dried on raised beds. The drying can take a while as temperatures can be low as well as they often have small rains during the harvesting season.

Salum has also built shade structures at some of his washing stations where the parchment can be dried under shade for the entire time the coffee requires drying. This of course extends the drying time.

The climate through most of the season in Burundi is relatively cool, which assists in controlling the fermentation process. After cherries have been pulped by a traditional 3 disc pulper, removing the skin, pulp and grading the coffees into three grades A, B and C. The coffee is dry fermented for up to 16 hours, depending on the temperature of the climate at the time. The parchment is then washed and graded again in channels, here there are two grades based on density of the bean, then soaked under clean water in tanks for 12- 20 hours. The parchment is initially taken to pre-drying tables, which are under shade, and where while the parchment is still wet, a lot of hand sorting is done as it is much easier to see defects at this point.

Even if we have some coffees that are dried under shade, most of our coffees are sun dried on raised beds. I would say average drying times for our producers is around 20 days. The climate is relatively cool and stable in Burundi at higher altitudes, but there are often periods during the harvesting season where there is small rains. This normally increases drying times as they will normally cover them up while it’s raining. Generally they manage the drying by building up the layers of parchment according to the heat and humidity. All our suppliers are constantly moving the coffee throughout the day to get even drying. While moving the parchment they normally also continue to sort out bad and deceased coffee beans.

Usage: Versatile, can be used for espresso and filter. Predominantly used for filter.

Shelf life: Normally holds up well for a year. We can never guarantee more than 6 months after arrival for any coffees

Slight turbulence ahead. Things were a little bumpy going into the season this year, but we have become accustomed to that over the years. And the Burundis, taste, well… like stunning Burundis: amazing complex coffees and so characteristic. Definitely worth a few bumps and jumps. Low yields this year As […] 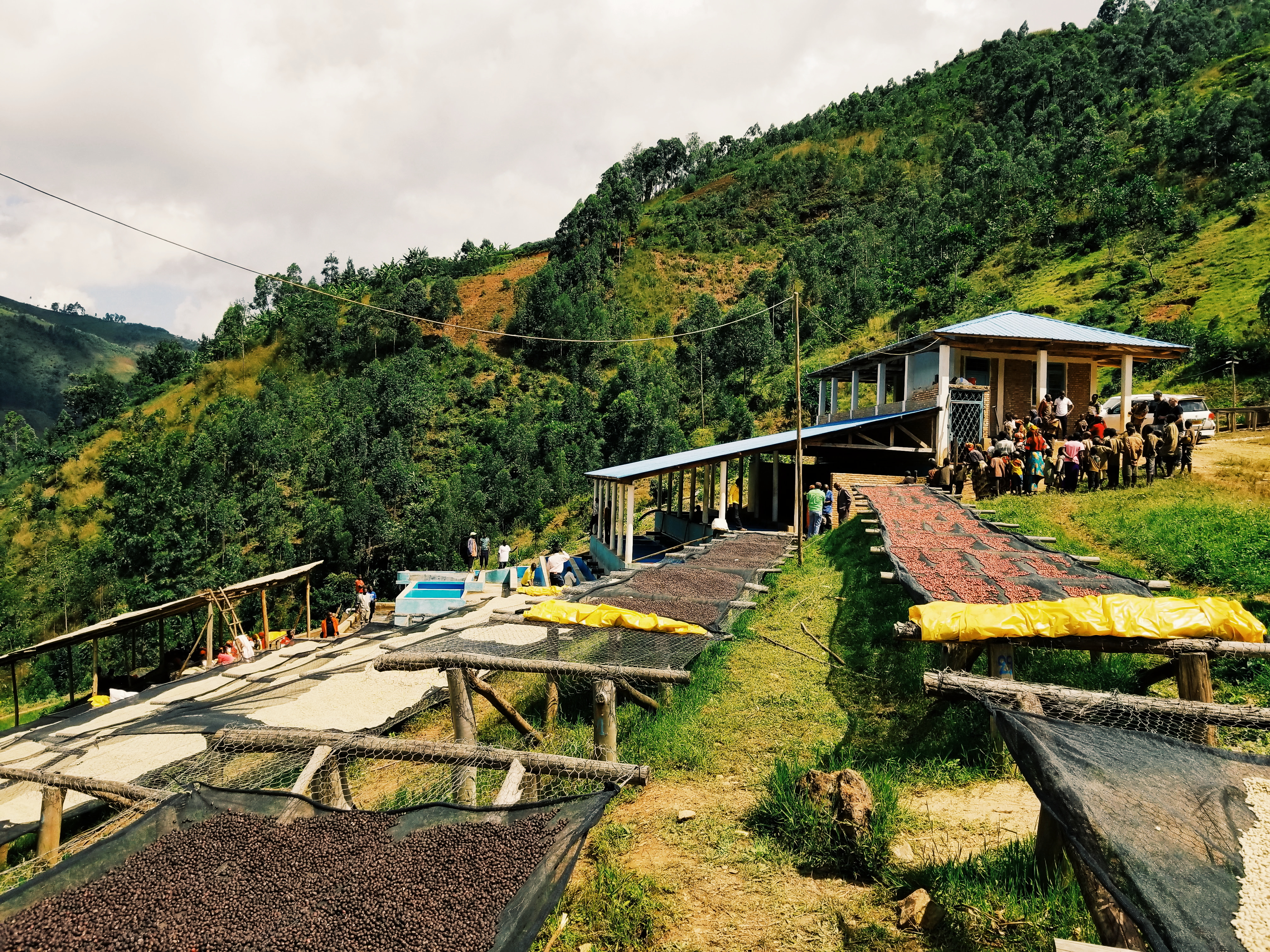 Mwaramutse! The most wonderful time of the year has come.…no not Christmas. Scrap the bearded guy with the out of fashion red tracksuit from your calendar, the Burundi’s are coming in. The first container landed last Friday – have to be pretty quick, only 4 lots left. November – This […] 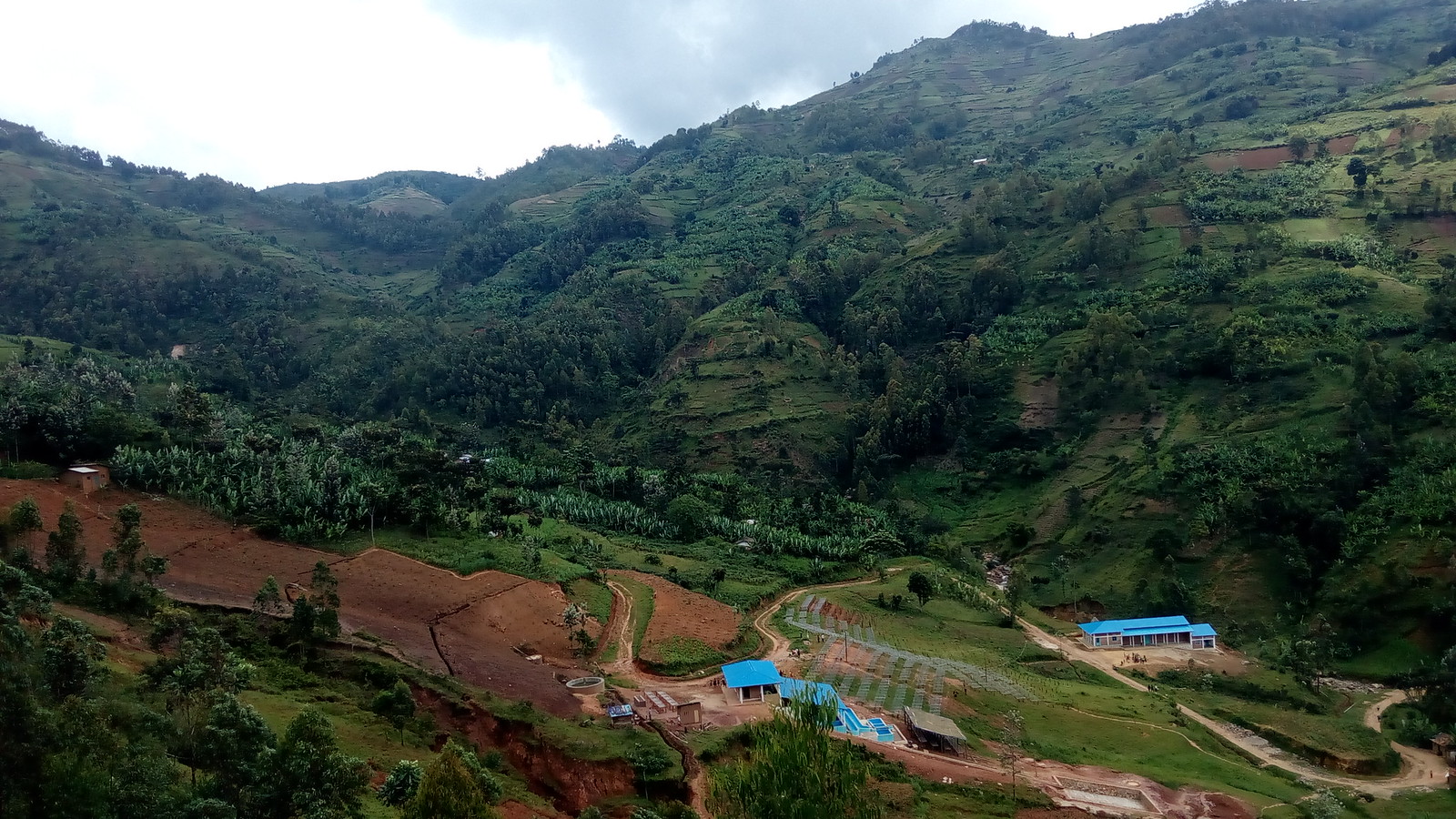 Burundian washed, naturals and honeys are on their way. Oh yes, and some really good ones too. We were there in end of May to visit our producer, Salum Ramadhan, and to cup. Already then the coffees for this season were cupping very well, and much better than last year […]