Indonesia has a convoluted value chain with many middlemen performing minimal work to move the coffee along to the next player.

We approach Indonesian coffees very differently. We have a direct relationship with a producer in Java and we see enormous opportunities for new cultivars and different processing.

Indonesian coffees have a lot of flavour and intensity, but many of them are too earthy and rough for our needs. This comes from the traditional “wet hulled” process, which can also produce coffees with high moisture content and a short shelf life.

Our coffees are fully washed and properly dried in parchment, lending spiciness and character, backed with a lot of fruit. In contrast to the heavy, earthy, and chewy coffees we often find, the coffees we buy are elegant and delicate, with a lot of character and great body.

Our value chain in Indonesia:

Wildan and his wife Atieq started their first coffee project in Sindangkerta, Weninggalih area in 2010. This later became the main growing area at his farm Java Frinsa Estate. Since the first year of production, Wildan has aimed to focus on quality which requires meticulous attention and processes. While the majority of Indonesian producers are doing the wet hulled coffees, even for specialty, Wildan is focusing on the fully washed coffees. We are currently working with a project in Java. Wildan has an estate of about 130 hectares of coffee, and also supports and processes coffees for smallholders surrounding his farm. He has more than 14 local cultivars planted and is still experimenting. They also focus on proper and improved drying, and manage the humidity levels well, even under challenging weather conditions.

Besides the quality, and social and economic impact for the community, we believe the coffee project also have long term benefits for water conservation and reforestation.

Normal spacing for smallholders is about 2×2.5 meters. Practically they will have 1000-1600 plants per hectare. Average yield per plants is 2-8 kg cherries, depending on the year and the practices on the farm.

The farmers normally prepare their own seedlings, planting, do weeding and pruning. Generally they replant 10% of the farm annually because of diseases and dieback etc. Some places they prune, and some places they don’t. Some stump and some cut the top. Generally they don’t use chemical fertilizer for coffee. Still some randomly use roundup for weed control, and/or they have intercropping of other vegs and can spray those. Still most farmers are accidentally organic. They mostly don’t have a wet mill, but many have a small manual pulper.

Unfortunately it’s generally hard to come across well processed, clean fully washed coffees that are properly dried in parchment. Generally producers don’t do this anymore, except for a few.

Until 1980 they were doing fully washed and dry hulled processing, as most other origins producing washed coffees. The smallholders pulped, fermented and dried the coffee in parchment at the farms, and sold to local traders whenever they needed the money.

From late 1980s wet hulling was introduced as the traders needed volumes faster. This means that the smallholder pulp the coffee and ferment them in bags overnight. Then, they dry it for some hours or a day and then typically sell it as wet parchment to local middle-men. The middle man then dries it for around a day to reach about 36% moisture so the parchment cracks, and then they consider it ready for hulling (removing parchment) while still wet. Then it’s either dried again before it is sold to an exporter or sold wet and dried by the exporter. Commercial coffees are generally exported at around 14% moisture.

Frinsa Estate is located in West Java, locally called Sunda. They have a wetmill as well as a well-ventilated storage space and a dry mill. All located at 1400 masl altitude. This means they are in fully control of their product from harvest to grading, sorting and shipment. Frinsa Estate have 6 main growing plots spread out in the area. And they buy cherries from a few selected outgrower in the surroundings of the Estate. These coffees are sold under the brand name “Frinsa Collective”.

Mekarwangi: 10 hectare, with an altitude of about 1400 masl. The cultivars grown are Typica, Sigararutang and Lini S795.

Tilu Mountain: 10 hectares with an altitude of about 1600 masl. The cultivars grown are Sigararutang, Lini S795, Borbor, Timtim, Andungsari, P88 and Kopyol.

Pengalengan: 20 hectares, with an altitude of about 1500 masl. The cultivars grown are Typica, Sigararutang, Borbor, Andungsari and P88.

Malabar Mountain: 5 hectares, with an altitude of about 1600 masl. The cultivars grown are Sigararutang, Lini S795 and Andungsari.

Garut: 4 hectares (in partnership with the local smallholder farmers) Altitude is about 1300 masl. The cultivars grown are Sigararutang, Lini S795, Andungsari and P88.

Most of the coffees are fully washed but they do some wet-hulled and naturals, mainly for the local market. Their coffees are always separated in lots by field location, cultivar, and date of picking. The parchment are stored in plastic bags with LDPE liners

Through a cooperation with the coffee research center they have been planting a lot of other different unknown cultivars, all separated by blocks in the farm. As the farm and the trees are still very young nobody knows how the flavor profile for many of these trees will come out. In addition to their own coffee production they also process coffee for the local smallholders (outgrowers), generally separated by area.

Indonesia is a unique country that lies on the equator and spreads across 17,500 islands with more than 300 ethnic groups and 700 living languages spoken throughout the whole archipelago.

It sits on the notorious Pacific Ring of Fire with the largest number of highly active volcanoes in the world. Despite natural disasters that happen every year, this also bring a great blessing to the fertility of Indonesian soil. They say coffee can be grown anywhere, but the best coffee is grown in high altitudes and rich volcanic soils. However, as many Asian countries, Indonesia faces a big challenge in deforestation due to the high population density and rapid industrialisation. Massive floods and landslides are common problem during Indonesia’s rainy season, where deforestation has left hilly areas vulnerable to erosion during destructive tropical rainfall.

The government sees coffee farming as a smart option for reforestation. Through many NGOs, the authorities tried to encourage land use change from vegetables farming to coffee planting. This effort was not successful as the villagers wanted to see the proven result before they dare to make the changes.

Wildan Mustofa sees this disaster phenomenon happens year after year in his neighbourhood area. The farmer always suffers the most. Previously known as a potato breeder and farmer himself, Wildan found his calling to help the other farmers. His idea was not instantly accepted by the locals. Producing palm sugar was the main source of living, but this was not enough to feed the whole family. Forcing the men to go to the cities to work as cheap construction workers earning less than USD 8 per day, while the women prefer to be migrant workers in foreign countries. Thus leaving the children “parentless” at home without proper adult supervision.

In the early days, Wildan needed to “import” coffee pickers from a nearby area, Pengalengan, as the people in Sindangkerta were sceptical and reluctant to join the project. After a while they began to learn and understand how growing coffee could help them to improve their livelihoods and ensure their household needs. Slowly but surely mothers and fathers are returning back to the village and their children.

There is also a reason why Frinsa is using the white cotton bags instead of importing jute bags from India or Bangladesh. When the cherry-picking season ends, the women pickers can continue sewing the cotton bags and still earn a living.

Frinsa also focus on education. They donated a portion of their land in Mekarwangi village to build a high school for the community. Before, when the children finished their elementary school, they had to walk around 10 km (one way) every day just to reach the nearest high school. Now, they can continue their education in a much easier way.

Besides the social and economic impact, we believe the coffee project also have long term benefits for water conservation and reforestation.

They are harvesting from May – September, with the main harvest from June- August. The coffees are picked and then hand sorted for unripe and diseased cherries.

After harvesting the coffees are pulped and dry fermented in small tanks for 15-18 hours before they are rinsed and soaked under water for another 10-12 hours and then washed under clean water.

They mainly dry on patios, but are investing in more drying tables for the future. Currently most of the coffees are pre dried on beds for a day or two in green houses and then transferred to the patios. Drying can take 14-20 days, depending on the rain during the drying period.

Processes: Fully washed. Sundried on patios and African beds in sun and shade, and some experiments with fermentation (honey, lactic fermentation).

Usage: Widely used for filters, as single origin espresso and in espresso blends

Shelf life: Normally holds up well for nine months to a year. We can never guarantee more than six months after arrival for any coffees 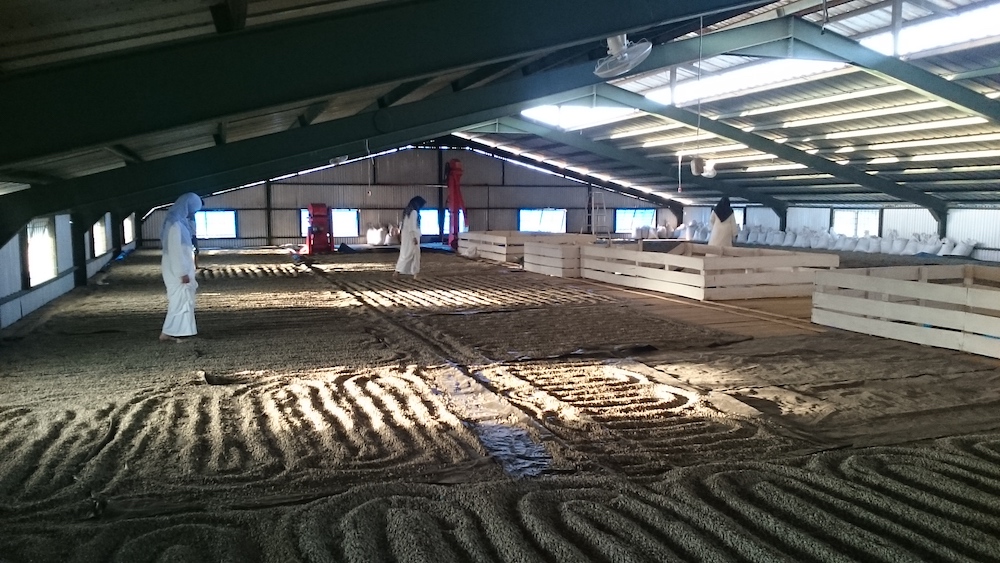 Indonesia was hit pretty hard by the pandemic in 2020 and sadly, after re-opening, they are now back in lockdown. Of course this has caused a lot of problems with harvesting and processing. Luckily, we have some pretty beautiful partners in Indonesia who have been rolling with the punches. Frinsa […] 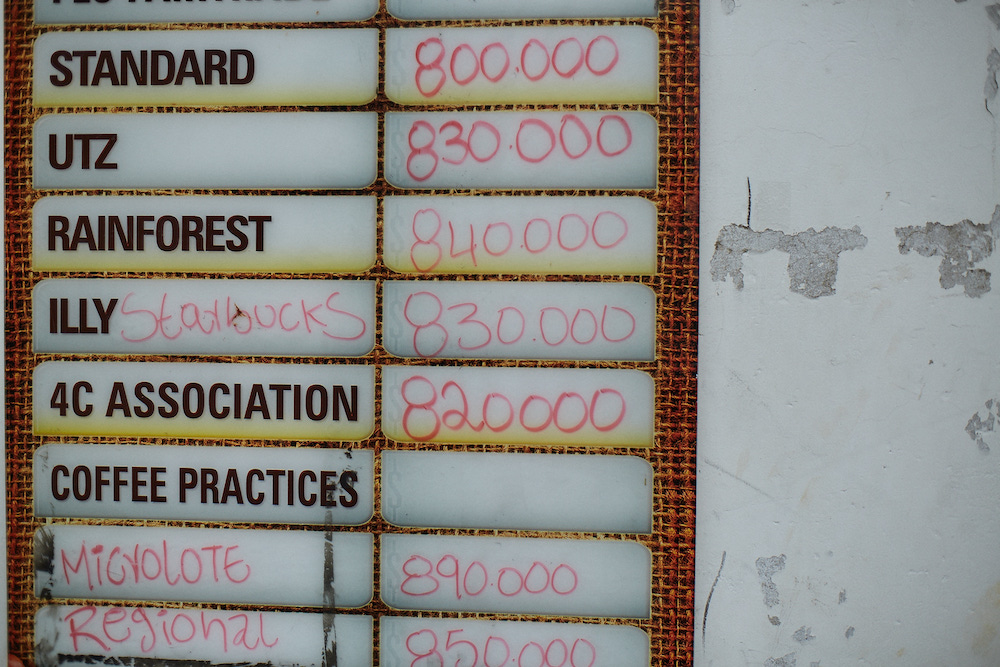 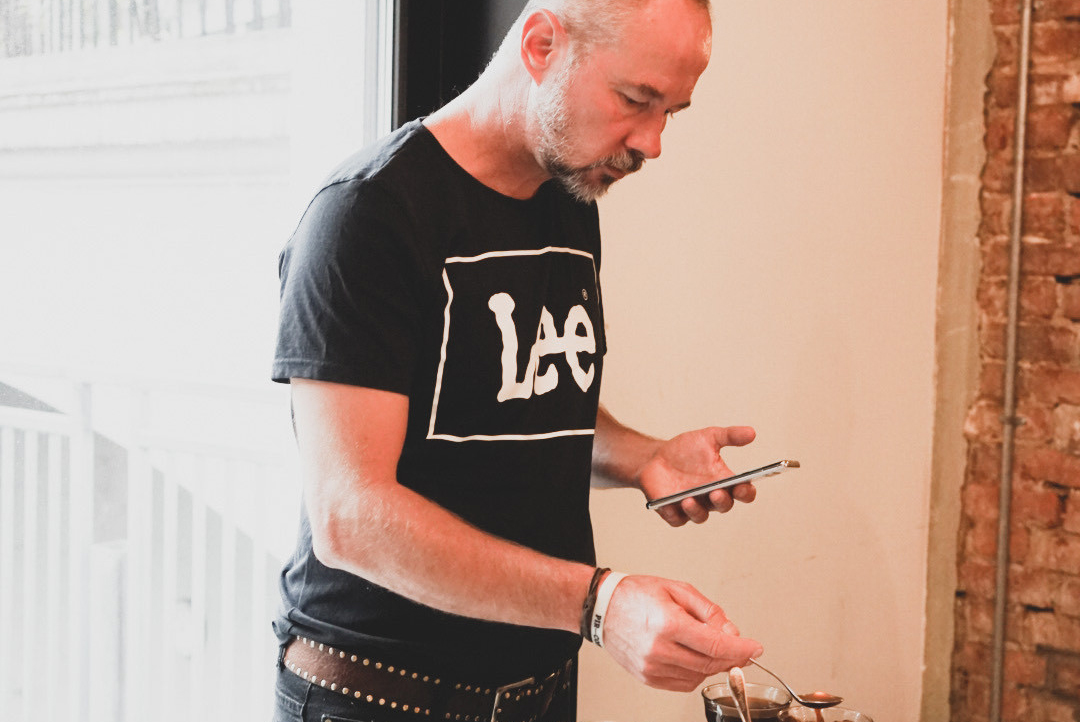 Securing the coffee you need in a pandemic

You might have noticed our offers list is not as long as it used to be. There are a couple of reasons for this. Previously we planned our buying based on past years’ experience which gave us a pretty good idea of your coffee needs. But then pandemic came and shook our industry […]