Indonesia was hit pretty hard by the pandemic in 2020 and sadly, after re-opening, they are now back in lockdown. Of course this has caused a lot of problems with harvesting and processing. Luckily, we have some pretty beautiful partners in Indonesia who have been rolling with the punches.

Frinsa Estate was founded & run by Wildan, his wife Atieq and their son Fikri in Bandung south of Jakarta on the island of Java, you know.. where the infamous cup of java comes from. Indonesia is known for a cup profile that, among specialty roasters, has gotten so much bad rap for it’s muddy and earthy tastes. Well, this family business is breaking all the coffee rules making both the most clean & bright washed Indonesians I’ve ever tasted, that go on par with some of the best central-American washed lots. And three years ago they began creating some of the craziest of the funky coffees I’ve ever tasted. Hands down.

Another year and another round of crazy experiments by Frinsa

After several years of experimentation we have narrowed down the processing methods to a select few that we know will produce great results. Through the years, since we started these processing experiments at their station, we have gained more experience cupping them, and have selected those that performed the best. By best I mean that I can’t get enough of them, but some of my colleagues absolutely hate them. They are wild so you have to love that style of coffee to love these Indonesians.

It’s those processes that’ll wake up anyone and add fuel for debate on the most existential questions on this planet and most pressing matters of our time such as, what is coffee really and is there such a thing as too much funk?! Research, numbers, data and “scientists” have shown that no, there is definitely no such thing as too much funk. Case closed. Having settled this, all my colleagues happily agreed to continue shipping the funk.

Challenges for the producers

In all seriousness though there were, and still are, many obstacles to overcome with this crop like shipping costs increasing eight-fold due to container shortages, lockdowns, and problems finding staff. Plus the very dry period that normally runs from July to September has instead been very wet this year, another sign of cycles changing for the coffee growing regions. This complicates drying the coffees well, which is already something of a challenge in Indonesia.
Normally it would take about seven to ten days to dry a washed coffee, and 14-21 days for a natural. Now it takes 14 days for washed and between 21 and 35 for naturals. This might not seem a lot, but it really disrupts the producers’ ability to plan and process coffees. Still, as every year, Frinsa managed it all and delivered incredibly tasty and well processed coffee.

The first container is leaving Java in August and arriving at the end of September. And a second container, these coffees are still on the drying tables, is leaving September and arriving in October. We’ll have some washed and lots of funky stuff, so if you start hearing reports on the news of a weirdly fantastically funky fruity aroma that’s covering entire countries, do not panic! That’s just some funky Frinsas on their way to our warehouse.

After starting a new project back in 2019 with a cooperative called Alko in Kerinci on the beautiful Sumatra, we are now entering the third crop with them and are super happy with the results. With the help of our local friend David Irawan who is helping with the processing and quality control on the ground we have secured another round of incredible coffees. The coffees are still being dried and mid-way through processing, and will be shipped directly from Jambi, Sumatra.

We’ve got two new pretty exciting things for this project. Firstly we have even more traceability and the different natural lots are made up of one or two specific farmers who grew the entire lot. Secondly, we’ve separated some of the cherry coming from those farmers and we’ll be launching some of David’s own anaerobic experiments, also divided by those same farmers.

Some lots are 100% Sigararutang, Ateng Supers or P88s, and some a mix of all those plus Timtim, Borbor, Andungsari and Lini S.

This year I decided to name our Indonesians a little differently to improve clarity among the origin and know exactly what kind of concept you’re getting. Plus the Bahasa language sounds great! So in honour of the country and their language I have named each lot accordingly:

— Sarapan: “breakfast”, washed/honey that is delicate, calm but good with depth and intensity. Something that needs time or effort to see the beauty in it, like a good wine.

— Manis: “sweet”, honey/natural that can be little to medium funky but sweet. Everyone’s friend.

— Edun: “crazy”, anaerobic/experimental processes, lots of funk. For the courageous.

Bye now! Have a wonderful week and don’t forget to smile at some complete strangers on your way to work. No reason needed.

P.s. can’t wait? Listen to this playlist to get into the funkmood. 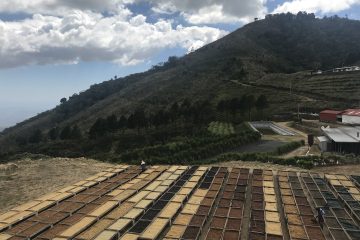 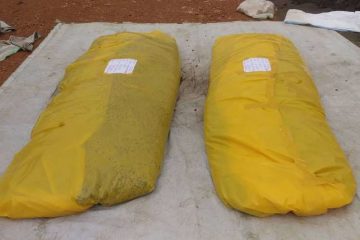 Your guide to our Special Prep coffees

Anaerobic Fermentation, Saccharic, Lactic, Skin Contact — you might have seen these terms on our offers list lately. We call these “Special Preps”, and the names all refer to different methods of fermentation which lead Read more…