Ethiopia update: the effect of changes in ECX rules and direct trade

It’s been an exciting start for this year’s Ethiopian purchases. First of all we have seen amazing cup profiles, overall much better than last year. Secondly, last year they changed the regulations allowing producers with privately owned washing stations to sell their coffees directly, outside of the ECX (Ethiopia Commodity Exchange, which sells coffee through auctions). In practise, this means we will now only buy fully traceable coffees directly from washing stations.

Where are we on shipments and when to expect fresh coffee arrivals?

We do have our first coffees more or less lined up for shipment. It will be a couple of containers with a smaller range from Guji and Yirgacheffe. PSS samples will start to arrive this week and we will blast them out as soon as we can. No reason for panicking, there will be loads of great coffees to come. Things are moving a little slow this year, due to a late harvest and the new system. Not necessarily in terms of time for shipment, but more in terms of access of representative samples.

Yes, there has been coffees in the market ready to ship, but not too much of the greater ones from higher altitudes yet. There has generally been very few Grade 1 coffees ready to be milled and shipped until the last few weeks. I just came back from Addis ten days ago, and all the exporters and producers I talked to had the same problem. But the coffee is moving to Addis for milling now.

What is the big difference in supply chain and logistics when buying directly?

In the past the coffees were coming in to ECX and Addis earlier, and we could draw samples ourselves from the warehouses and dry mills. Now, because of the new system, the coffees sit at the washing stations until they are contracted by us and or buyers/importers. It is challenging for producers to move the coffee to Addis for a direct sale without a contract in place. This is due to a complicated process to get the coffee registered and sold through ECX if the direct sale falls through. We are currently contracting a lot of coffees, but hesitate to send out these samples as SPOT offerings before we have the physical lots in a warehouse in Addis. As soon as the coffees are in the mill we are more confident presenting the samples.

Will this make a big change in terms of what coffees we are buying?

We bought coffees from specific washing stations in the past, but this was through exporters with an intricate system through the ECX, with limited official traceability. We have spent the last few years developing great relationships to producers, and have basically been waiting for this to happen.

First of all every coffee we buy from Ethiopia this year will be fully traceable and bought directly, outside of the ECX. The last years we have bought through exporters and producers that either own several washing stations and/or partnered up with friends and relatives. We have basically cupped through a lot of grade 1’s from ECX, supposedly from these producers, and we bought what was cupping better that season. Very often it was the same washing stations performing well years after year, and some more relationship based than others. Still, there were limited incentives for producers to make special preps, and to invest in the production when they were forced to trade through the ECX system without a formal tracking system.

This is different now. Already up front of this season we made a buying strategy together with some of the producers where we committed to buy from specific washing stations where they invest in better quality and a variety of preparations. The system also enables them to pay a dividend back to the farmers as a second payment when the coffees are sold at a premium. This also encourages the farmers to deliver better quality cherries.

Some highlighted coffees this year

Even if we will buy from a pretty broad range of washing stations in Guji, Yirgacheffe and Sidamo we have some projects that we want to highlight. Israel Degfa is a producer and exporter we have worked with for some years now. He has a good amount of washing stations in the south of Ethiopia. Many of them are great just because of the location and altitude etc, but he is also investing in better systems and protocols in many of them. He has invested in flotations systems for cherries and systematically separate some of the coffees for better performance on site. These coffees are taken better care of by an assigned quality team. We are also buying improved naturals, honey coffees, and shade dried coffees from these washing stations. We have four washing stations where he is now certifying the producers and giving them a second payment. Based on the premiums Israel is also investing in schools in several of the local communities.

These coffees are so far cupping really well. We will pay extra premiums for the coffees, and they will be higher priced than the normal well performing grade 1 coffees. If the producer is to justify the extra cost and labour as well as the premiums to the farmers we need to invest and commit. The washing stations in this case are:

We will also have other great coffees from Israel Degfa and other producers, both naturals and washed. These are washing stations from familiar sites and places like Uraga, Eguabaya, Konga Sede, Dimtu and some new names and sites. 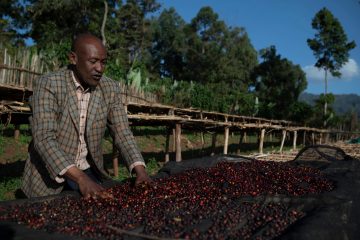 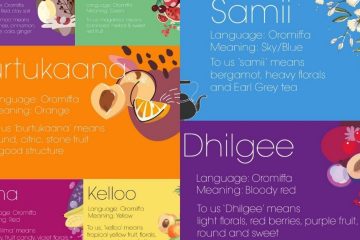