I have just returned from a trip to Rwanda where we visited our partners and cupped through a wide range of coffees coming out of this season’s harvest. We are excited about the coffees we will have in this year!
We love Rwandan coffee and have been working with many of the same suppliers for the last 5 to 6 years. They have consistently been working on their production, and we have seen the coffees being produced have great consistency in cup quality due to the efforts made in the cherry selection, wet processing and drying of these coffees. We have had some difficulties over the last two seasons, and these are the kind of realities that we are prepared for, working with a product that is fresh and somehow always evolving.

In the 2015 harvest, the volume produced in Rwanda was at a high. Any extremes from the norm in coffee tend to cause issues. The high volume accompanied with an unusual amount of rain proved to be difficult for coffee production. In seasons where the trees are producing a lot more cherry than farmers and wet mills are prepared for, there are knock-on effects.

For the farmer, you’d expect an increase in cherry production to earn them more money based on delivering more cherry. However when cherry is in excess the competition between washing station for access to cherry can be less and hence prices can come down. In some cases, the quality of the cherry can be reduced if the tree produces more than it is given nourishment to sustain, and the selective picking can be harder for a farmer to manage due to the volume of cherry ripening at the same time and the limited access to labour.

For the washing stations increased cherry production can be an issue for the capacity they have for processing. We have experienced directly how difficult it can be for management of wet mills to turn away farmers from the surrounding community even when they cannot manage the volumes of cherry being delivered. In this case there will be a lack of drying space on tables and coffees can be badly dried and then affected when being stored. In this season, this was confounded by very wet weather throughout the time that parchment would usually be drying.

This can be the effects of an extreme increase in the volume of production from an average season. In such cases the different Export partners will work to assist the washing stations where they can. This can be done by taking in deliveries of parchment when they are not yet dried to the acceptable level and continuing the drying process.

In the 2015 season we saw dramatic effects on quality due to coffees having too high humidity and hence arriving with issues of deterioration. These were great coffees that sadly didn’t arrive as they were meant to be.

The 2016 season in Rwanda we saw some major changes initiated by NAEB (the National Agricultural Export Development Board that governs the export of all agricultural products). Rwanda has an export based economy where coffee is one of its top exports, along with tea. 90% of the population are engaged in agriculture, more than 400,000 farmers are dependent on coffee for their livelihood.

So NAEB have a responsibility to manage the coffee sector well! In this season, they implemented a trial whereby they created zones throughout the coffee producing parts of Rwanda, farmers within certain zones where advised and encouraged to deliver cherry to washing stations within the same zones. In the same way washing stations where asked not to have collection points outside of the zones in which they operated.

This limited the market farmers had in which to sell their coffee, and the access washing stations had to supply of cherry. The thought behind this was to make sure that the many washing stations throughout Rwanda would all have access enough to cherry so that they would be able to be sustainable. Secondly it is thought that over the long term this would encourage more investment from washing station into the community they operate in and for the benefit of the farmers delivering to those washing stations.

Of course, this was met with mixed reviews from farmers and washing station owners. Farmers didn’t like being told who they could sell their cherry to, and in some cases, they could no longer sell to washing stations who had been partnering with them for years and had already invested in them beyond purchasing their cherry every year. For some washing stations, this resulted in operating way under capacity, and having far less product at the end of the season to sell. Nevertheless, for the most part people were willing to give it a try.

NAEB also moved the process of applying for export documents onto an online platform. At the time, they were inexperienced to manage this, and this caused some delays on shipments getting the necessary documents in order to ship out of the country.

We felt the effects of this, both with access to the volumes we expected from some suppliers and with huge delays on our shipments coming out of Rwanda.

The result of the last two years of coffee exports out of Rwanda have largely impacted some of the policy put in place in this current season.

The last two years along with the revenue results saw some adjustments again this year, zoning is now enforced. Hence it is not merely suggested or encouraged but not allowed to deliver cherry or collect cherry outside of your zone.

NAEB also proposed to increase the national minimum amount paid to farmers per kg of cherry by 75%, however after discussions with the larger coffee community within Rwanda this was at the beginning of this harvest season increased by 50% and then later revised again.

This has increased the cost of production for washing stations quite dramatically!

Nevertheless we have seen some great coffees throughout our cupping on this trip, and feel that there is a stability and consistency back to these coffees. We are also working hard for these shipments to take place quickly and efficiently this year.

Get in touch for some early sample material! 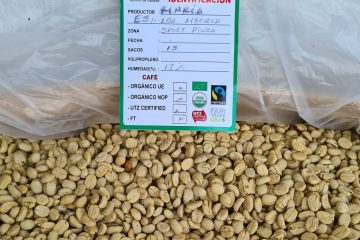